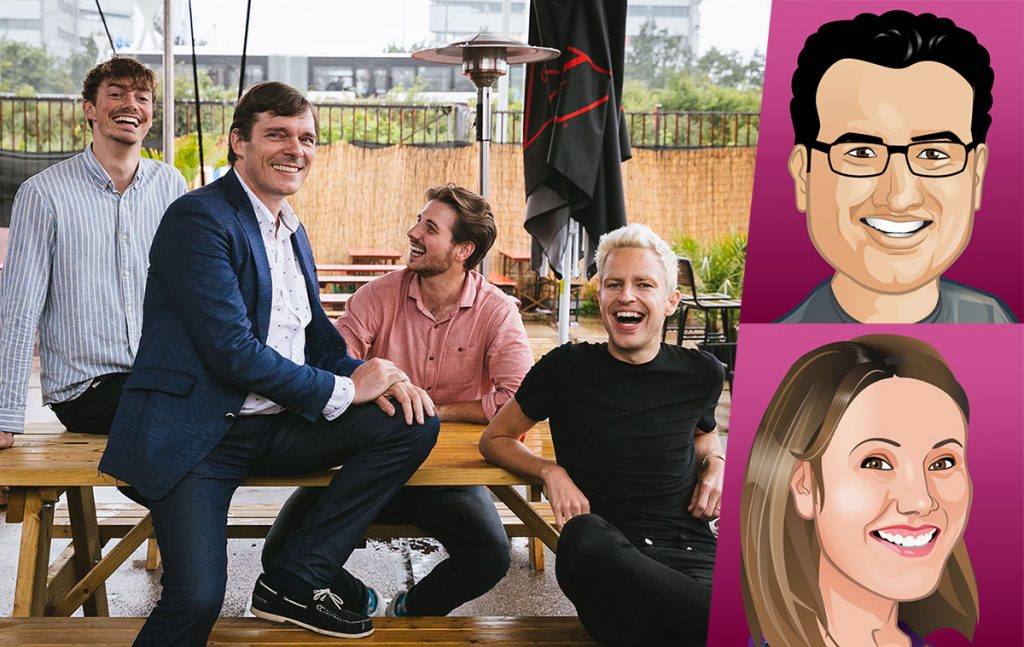 AMSTERDAM, Netherlands – Founders and owners of the most popular SEO plugin for WordPress, Yoast, have taken a stake in the Dutch start-up WordProof. Yoast founder Joost de Valk and Yoast’s current CEO Marieke van de Rakt, together with their team, have well over 10 million users and bring expertise and their network to the company. It marks an essential step towards the expansion of WordProof’s Timestamp Ecosystem that aims to make the internet safer by using Blockchain technology.

WordProof is building a Timestamp Ecosystem that will support multiple blockchains. Currently, WordProof offers a user-friendly WordPress-plugin available to one-third of all websites to access the Timestamp Ecosystem. It is also possible to timestamp documents with a standalone tool.

With Yoast’s founders on board, Wordproof can offer timestamping content on the internet combined with search engine optimisation, providing opportunities to fight fake news and fraud on the internet. “Joost and Marieke bring valuable expertise that will help us create a universal timestamp standard, assuring that search engines can index the website in the best possible way,” WordProof-founder and CEO Sebastiaan van der Lans said.

“From a publishing perspective, the ability to prove authorship, to unequivocally prove that you were first with a specific piece of content, is game-changing. With WordProof, unprecedented integrity can be brought to the world of content publishing and e-commerce in an open-source manner, which creates awesome opportunities for social sharing sites and search engines,” said Joost de Valk.

Recently, WordProof announced that it had been awarded a grant from Block.one’s EOS VC Grant Program and financing by Noord-Holland Innovation Fund. Subsequently, WordProof was awarded a €1 million in Europe’s ‘Blockchains for Social Good’ competition, after securing first place in the final round.

WordProof was founded in 2019 by Sebastiaan van der Lans together with Frank van Dalen as an angel investor and partner. The Dutch startup is on a mission to restore trust in the internet. Fraud and fake news make the Internet unreliable. WordProof’s Timestamp Ecosystem now enables consumers and search engines to verify the source of the content.

Yoast is a company with 100+ employees, 90+ of whom are based in Wijchen, the Netherlands. It maintains the Yoast SEO plugin. Active on more than 10 million websites, this plugin is a staple of many WordPress sites and one of the top 3 most popular WordPress plugins. WordPress enables over 38% of all websites on the internet.

Video: Explaining Timestamps and Search Engine Optimization, as part of the WordProof Academy

Marieke obtained her Ph. D. in social sciences at the Radboud University in Nijmegen, specializing in criminology. She went on to teach and consult in several institutions before joining her husband Joost at Yoast. She is now the CEO at Yoast.

Joost is the Founder & CPO of Yoast. Before founding Yoast he had a career in several digital marketing agencies in the Netherlands. He’s been consulting on SEO for more than 12 years, with a leading role on some of the largest SEO projects in the world.

In 2006 Sebastiaan co-founded Amsterdam’s first WordPress agency Van Ons, which is a leading digital agency now, serving over 100M page views a year. In 2019, Sebastiaan founded WordProof, the winner of Europe’s Blockchains for Social Good contest 2020. Sebastiaan has a strong passion for improving the playing fields of publishing, SEO, and e-commerce. Solutions by his teams are actively being used by over 100.000 organizations. Let’s build The Trusted Web, together!