Wrapping up WordProof’s 2020 — and a glimpse of the year ahead! 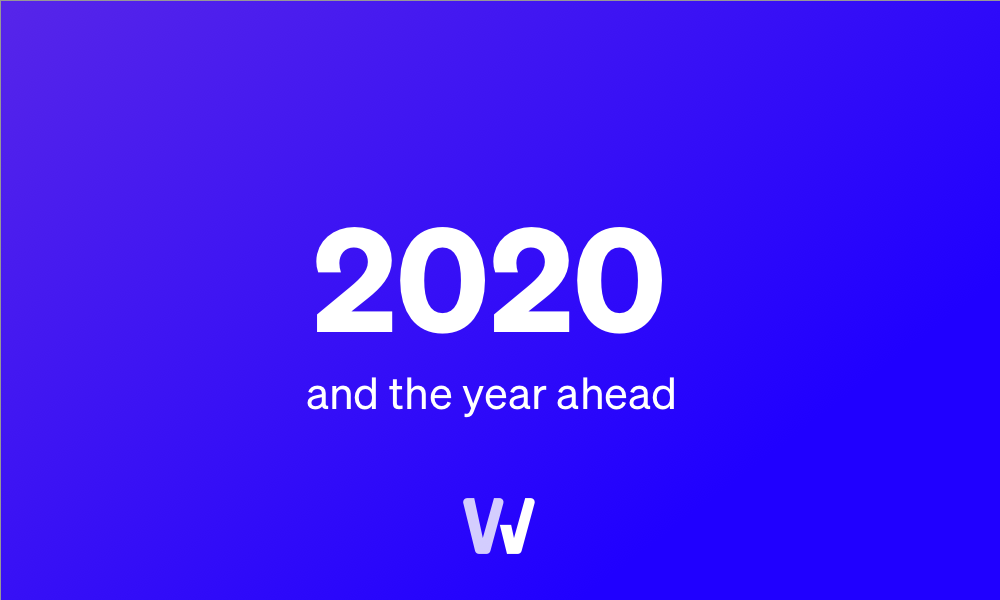 Our take on the roller coaster called ‘2020’ and a glimpse of what to expect in 2021 (from a product perspective).

Off to a good start…

At the beginning of 2020, the European Commission announced that WordProof was one of the 23 finalists in the Blockchains for Social Good contest. Shortly after, our team went to Lisbon for a workation.

During the finalists day for the Blockchains for Social Good contest in Brussels, Belgium, WordProof founder Sebastiaan van der Lans gave the following pitch to the jury:

The five winners would be announced months later, so we went back to Amsterdam to continue on our course with refreshed (but excited) energy!

As more and more websites started using WordProof Timestamp, the number of timestamps crossed the 200.000 mark in May. The WordProof Files product was added to the My WordProof platform, and the UX was greatly improved thanks to the active community of WordProof enthusiasts.

Sebastiaan his talk marked the start of our U.S. roll-out! Having feedback and support from many people in the U.S. WordPress community greatly helped us to improve the product.

The blockchain company Block.One granted WordProof $50,000 to help with the development of the WordProof Timestamp Ecosystem, and the Noord-Holland Innovation Fund gave WordProof a convertible loan worth € 275.000 for the development of technologies to better protect data on the internet. The fund is an initiative of the Dutch province of Noord-Holland, University van Amsterdam, Hogeschool van Amsterdam, Amsterdam UMC, and Sanquin, with support from the European Union.

Around the same time, the founders and owners of the most popular SEO plugin for WordPress, Yoast, decided to invest in WordProof. Yoast founder Joost de Valk and Yoast’s current CEO Marieke van de Rakt, together with their team, have well over 10 million users and bring expertise and their network to the company!

The results are in…

As soon as Europe announced that WordProof won the Blockchains for Social Good competition, things really heated up. Besides the attention from media outlets, many individuals and business concerned with the fight against fake news reached out for possible partnerships. It was a hectic, but very exciting time!

To celebrate, WordProof hosted a small reception in Club Atelier, Amsterdam. You can view a short recap below.

Shortly after, Sebastiaan pitched WordProof at the European Commission’s NGI Policy Summit to policymakers around Europe. WordProof also took place in the Dutch Media Week, discussing the practical applications of blockchain technology in the media landscape together with Joost de Valk (founder and CPO at Yoast SEO) and Marko van Kampen (creative director at De Persgroep, a large European publisher).

Sebastiaan spoke at over 20 events, mostly about our vision for a Trusted Web and the use-cases of timestamping. From SEO to e-Commerce, from publishers to copyright. WordProof partner Frank van Dalen spoke on several events about the policy and government aspects on the Trusted Web, for example at SWITCH 2020, the Singapore Week of Innovation & Technology.

In these months, Marcus joined WordProof to focus on marketing, while Yurii joined Marijn and Dennis in the development team. Ethereum support was added to My WordProof, after which the team started working on the biggest project of the year: a complete overhaul of the My WordProof platform.

Since the old platform was lacking in both the UX and in the scalability departments, it was decided to rebuild the backbone of WordProof from the ground up. This new platform is now finished and live, something we are very excited about. Although future updates will be released over the coming months, this platform is both user friendly and extremely scalable. In short: it is ready for the road ahead.

With the new My WordProof platform comes the launch of the WordProof API, which is currently being used by several parties to connect services to WordProof. We can’t wait to see what you come up with. For more information and access requests, get in touch!

Although we don’t track the number of pageviews on the blockchain certificate pop-ups, we estimate that it crossed the +100M pageviews mark in October, around the same time when we had our 1000st user!

This year, we started with the WordProof Academy. Educational videos that explain WordProof, blockchain, timestamps and its use cases. So far, 4 videos have been added, more will follow in January and February.

Several customer cases were added to the WordProof Customers page, such as Utopia Capital Research and Amsterdam Vintage Watches.

Joost de Valk (Yoast Founder & CPO) and Marieke van de Rakt (Yoast CEO) became investors in WordProof in 2020, after which Joost and Sebastiaan had an interesting talk about why timestamping matters. You can view the video below, or read Joost his take on a Trusted Web on his personal blog.

We could not have thought of a better way to end the year than with the first prize in the Dutch Blockchain Awards in the category ‘Social Impact’, an award given to the best Dutch blockchain initiatives. A massive thank you to everyone who voted for us!

Although we can’t disclose all of the things we’re working on (trust me, 2021 will be a year full of surprises:)), here’s a glimpse of what you can expect from us (product wise) in the first quarter:

A word of thanks

To several people in the WordProof community:

To end this wrap-up, I’d like to thank many of the talented freelancers and businesses working with us on a safer internet: Laura Romy Legué, Studio Lookout, Jeroen Dral and Buro Ponzo. Keep it up!